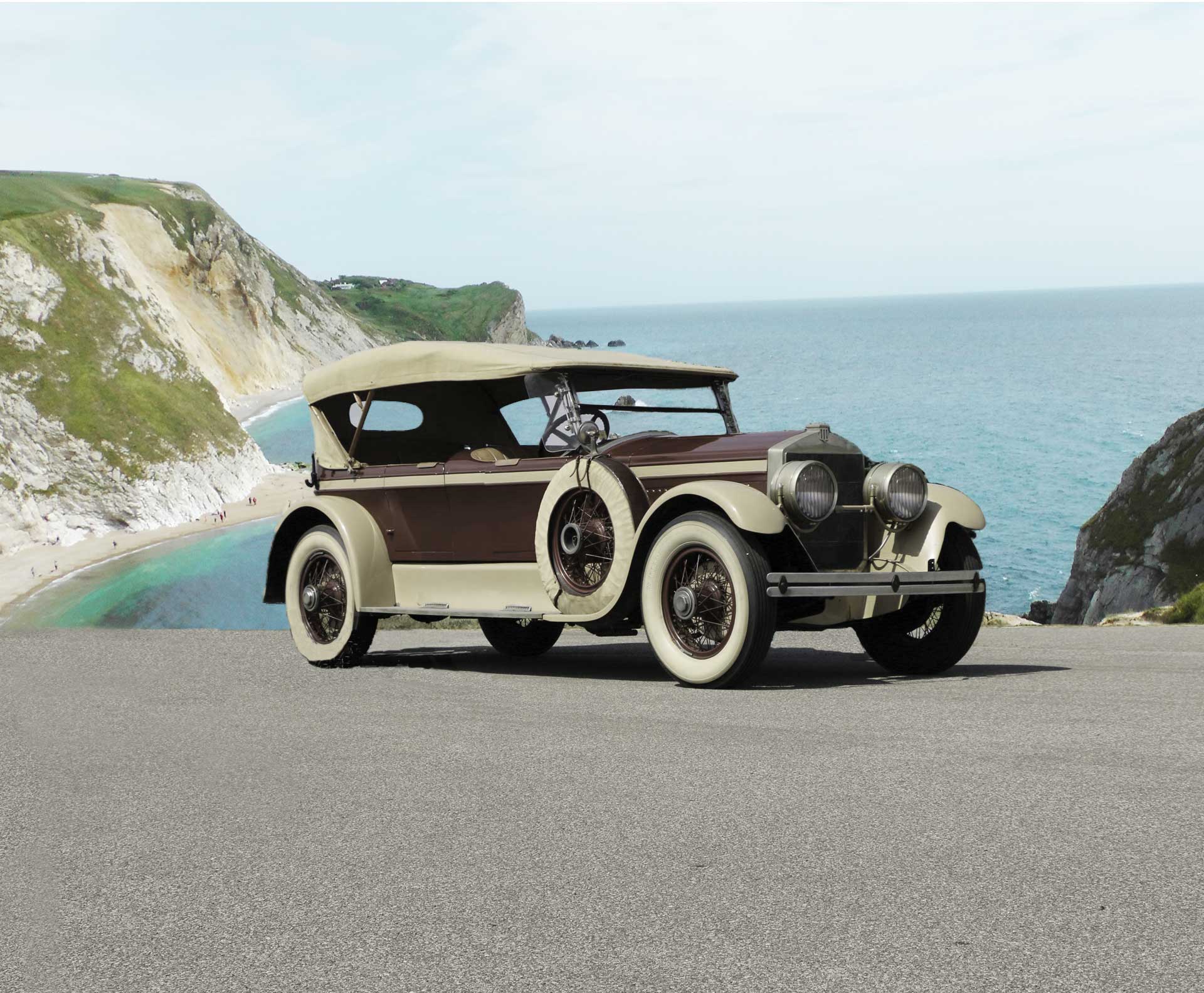 Like so many car manufacturers of the era, James Cunningham, Son and Company started life as manufacturers of horse-drawn vehicles. These were no cart makers however. Their products were top-quality; sleighs, elegant carriages and hearses. They were not cheap by any standard but they had a well-deserved reputation for creating handmade elegant, stylish and immaculately finished innovations.

The motor age was just dawning and by the end of the 19th century they were experimenting with electrically powered means of transport; these were fairly slow however with extremely limited range. Steam power was considered but at the time, in the United States of America, anyone operating a steam powered vehicle required a special licence since these early devices had a habit of exploding in the wrong hands. Petrol powered engines seem to be the future and by 1908 the company were manufacturing cars using this ultramodern means of propulsion.

Like their sleighs, carriages and hearses the cars that Cunningham created were the last word in perfection. They were all handbuilt (it was claimed that it took around eight months for one person to create a car) and this wasn’t even a finished version as we would know it; in common with the usual practice at the time only a rolling chassis was produced (in other words everything apart from the bodywork) and this could be finished off to the customer’s own specification with a body fitted by specialist coachbuilders.

Buyers would have to have extremely deep pockets. Cunningham’s charge was around US$3500, a small fortune for the day, and the coachbuilders didn’t work for pennies either. Many fortunes were being made in America in those days however and the entrepreneurs of the day were more than happy to pay heavily in exchange for prestige that a luxury (and very expensive) motor car could bring them.

By 1911 they were building complete cars at eye watering prices and by 1916 they had launched their very own 7.2 litre side valve V-8 engine generating a massive 48 brake horsepower (don’t laugh, this was a lot more powerful than their nearest rival at the time) which could propel the car up to a claimed 80 mph, although anyone who would do a speed like this on the roads of the day would have to be very brave.

The touring cars that were powered by this engine were all handbuilt and although there were a dozen different basic configurations the buyers could again stipulate just about anything their hearts desired, provided that it was not to the detriment of the company’s image. Prices started at US$3750 but the majority of buyers paid a lot more than this; after all anyone who could afford to pay that sort of price in those days was hardly likely to be satisfied with just a basic model!

Maintaining cars was a rather new industry in those days. The local blacksmith was hardly the right person to work on a sophisticated and very complex automobile so servicing and repairs were usually carried out by a Cunningham employee who visited the clients at their own premises to carry out the work. Because of the bad roads and the still somewhat primitive tyres of the day punctures were an ever present problem and an air pump was provided to help with roadside repairs.

Like so many other companies Cunningham was badly hit by the 1929 stock market crash and the subsequent great depression; by 1931 buyers, and their hitherto easy riches, had dried up. Car production ceased, although manufacture of car bodies for other companies continued for another five years until, sadly, the final end came and they went out of business, never to rise again.