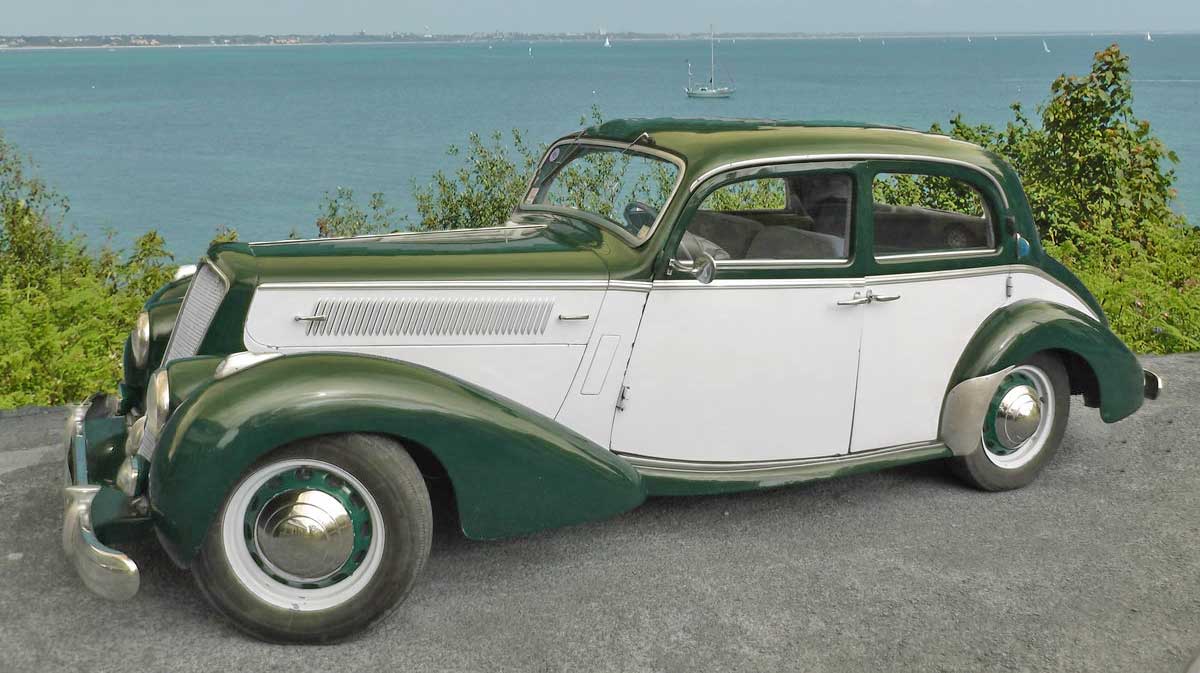 Émile Salmson first cut his engineering teeth in a Paris workshop in 1890 manufacturing pumps and steam powered compressors. He was a natural born pioneer though and since the age of the aeroplane had just begun his company, Émile Salmson et Cie, became one of the first to manufacture aircraft engines, both air and water cooled. At the time this was pretty much at the far edge of technology.

Wars have a habit of speeding up technology dramatically and by World War I he was building complete aircraft, mainly the Salmson 2, which was a reconnaissance biplane used by both the French and American armies. Approximately 3200 of these were built, and it was so successful that by the end of the war a full one third of French reconnaissance aircraft that were still flying were Samson 2s.

The end of the war meant that the demand for aircraft scaled back considerably and so the company had to look for new products. Cars seem to be the obvious choice and since they had no experience in building them they started off by manufacturing cycle cars under licence but it wasn’t long before they started to make their own cars; and it is here that Salmson’s engineering skills came to the fore.

Two engine innovations in particular put them way ahead of the competition. The first had an unconventional valve system in which a pushrod both pushed the exhaust valve and pulled open the inlet one; but the real competition killer was it's first twin overhead camshaft engine which was way ahead of it's day.

A DOHC engine was complicated and expensive to build, which is why the majority of car manufacturers left it alone; however it allowed higher revs and more response from the engine, giving more power than the competitors were able to squeeze out of similar sized engines. The proof is in the pudding; the company’s racing division won a total of 550 races and set 10 world records between 1921 and the Department being closed in 1929.

The company had decided to concentrate on building touring cars; their product was to be the S4, based on their twin overhead camshaft engine, and in various guises it stayed on sale for the following 20 years. This was a mid-sized car aimed firmly at the middle classes; it was more expensive than similar sized competitors but against that it had a high level of equipment and sophistication. Various body styles such as roadster, four-door saloon and cabriolet were available, and the engine size increased gradually from 1500 cc up to 2312 cc. It had a 12 volt electrical system; very unusual at the time; and a magneto coil that also acted as a starter motor! Much easier than swinging a starting handle on a cold and wet Monday morning.

Unlike many engineering companies, the coming of World War II was not good for Salmson. The French military were not particularly interested in the S4 since they considered it to be too complicated for use in the field and a bomber attack in 1942 disrupted production completely. It restarted after the war but the French economy was in a very poor state and so sales were pretty dreadful with just a reported 89 sold during 1952. The last S4 was finished off in April 1952.

Bankruptcy came in 1953. The factory was eventually bought by Renault; after such a promising start the Salmson marque was no more.